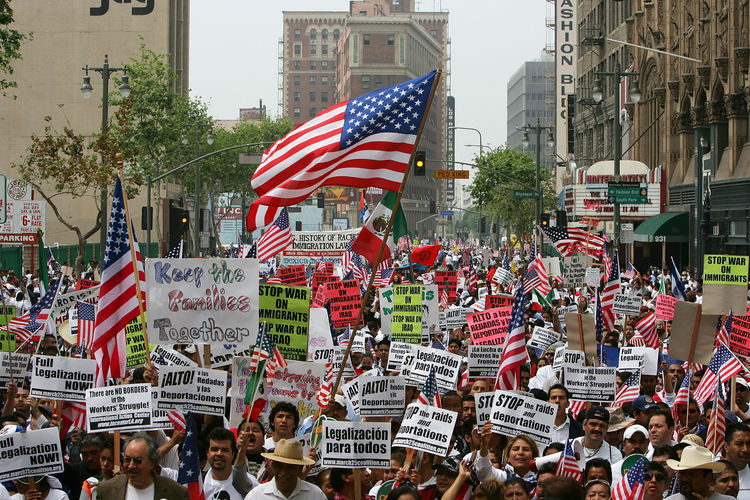 This speech will be delivered at the naturalization ceremony in Hammond, Indiana on July 4, 2018.

Good afternoon.  My name is John Halstead.  I am here today on behalf of the lawyers of the state of Indiana and the Indiana Bar Association.  It is my privilege to congratulate you on becoming United States citizens.

Each of you has no doubt had an interesting journey to come to this point.  For some of you, that journey has been longer and more difficult than for others.

I am honored to stand on this stage with you.  Though you were not born in this country, you and those like you represent the best of its ideals.  Contrary to the accusations of those who slander immigrants, both documented and undocumented immigrants are among the most law abiding people in this country.  Immigrants, whether documented or not, are 5 times less likely to commit crime than those who were born here.  Perhaps it’s because people who have to work and fight for something tend to appreciate it more, more than those who are simply born into it.

What’s more, immigrants to the United States are often better examples of patriotism than many people who were born here.  I’m not talking about the boisterous, flag waving “America-first” kind of patriotism on display in many places around the country today, the kind of patriotism which Sam Adams called the “last refuge of scoundrels”.

Many of you have had to struggle to become citizens.  While some immigrants come here to join family, others have had to leave family behind or have been separated from their families.  Many have to learn a new language.  Many, especially those from non-European or non-English-speaking countries, suffer abuse from native-born citizens who are racist and xenophobic.

Those who are undocumented suffer even more to be here.  They may be paid a substandard wages by unscrupulous employers.  They may be barred from access to even the most basic social services.  They may fear even to go to the Emergency Room when they are ill or injured.  They are more likely to be victims of crime, because they cannot rely on police to protect them.

I wonder, how many native-born citizens would be so patriotic, how many would remain in this country, if they experienced a fraction of what many immigrants suffer to be here.

Many such people live here for decades, have families, start businesses, employ others, pay taxes, buy homes, even serve in the military–only to be suddenly deported due to a shift in national or state policy or the whim of law enforcement officials.  For many of these people, there is no line for them to get into.  There is no path for them to become citizens.

Today you will receive a certificate from the Indiana Bar Association with Canons of American Citizenship.  It lists many of the duties which American citizens have, from obeying the law and defending the country, to respecting the rights of others and not harboring prejudice against anyone because of race, religion, or national origin.  These are all important duties.

Thomas Jefferson is said to have said that dissent is the “highest form of patriotism”.  From the American Revolution to the Battle for Seattle, from Shays Rebellion to the Stonewall uprising, from Thomas Paine to Martin Luther King, from the Uncle Tom’s Cabin to Black Lives Matter, from Helen Keller’s opposition to the First World War to Mohammad Ali’s draft resistance, from the Muckracker journalists of the early 20th century who criticized capitalist greed to Daniel Ellsberg who leaked the Pentagon Papers: dissent is perhaps the most important American tradition.

Now that you are American citizens, you are a part of that history and can engage in this  time-honored institution.  This past weekend, hundreds of thousands of Americans gathered in cities and towns around the country to protest the treatment by our government of families who have come to this country looking for shelter and freedom.  60,000 gathered in Chicago alone.  And here in Hammond, just a few miles away, hundreds gathered in front the federal building to stand up for the human rights of immigrants.

If you missed it, you will have other opportunities in the days and months to come.  On this Friday, in fact, July 6, at 10 a.m., people will gather at the Gary airport to protest deportations which are happening there every week.  Many of the people most affected my immigration policy cannot come to the airport protest, because they fear for themselves or for family members.

But you are U.S. citizens now, and so are most of you in the audience.  You can come to the airport on Friday without fear.  You can exercise your Constitutional rights to assemble and to speak–because if we don’t exercise them, we lose them.  You can stand up for protect those who are least able to protect themselves.  For what is patriotism, if not the willingness to use our voices and our bodies to stand up for our neighbors, regardless of their race, religion, or nationality?