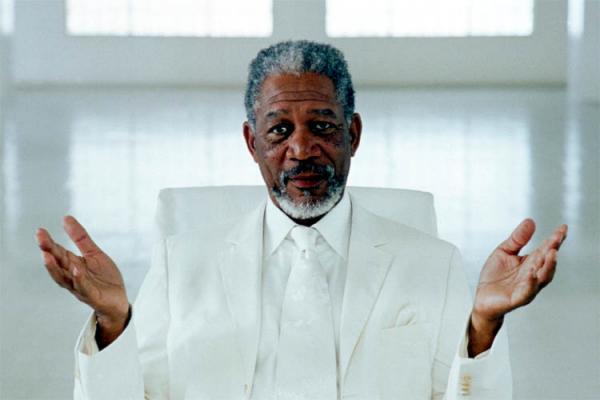 “A 1989 study of UU worship preferences tells us that African Americans don’t fit the UU pattern. What was most important in worship for 74.5 percent of UUs overall was ‘intellectual stimulation.’ What was most important for African American UUs who responded to the survey? ‘Celebrating common values’ (chosen by 69 percent), then ‘hope,’ ‘vision,’ and ‘music’—all before ‘intellectual stimulation.’ […]

“There was cultural dissonance between a people who, having political rights, prized ‘intellectual freedom’ in their struggle with orthodoxy and those for whom the struggles for basic freedoms—political and spiritual freedom—were paramount. But the white conscience does not want to know. Not knowing the history and not being reminded during worship means white liberals don’t have to feel guilty or be confronted by the emotional aridness of UU worship.”

This raises an interesting question: Is the “emotional aridness” of UU worship a sign of White privilege?  I’ve written about my feeling that something is lacking in UU worship several times over the years since I first started attending a UU congregation:

Church is no substitute for religion, Part 2: The Spirituality Gap

It’s also hard to avoid the observation that UU’s are predominately White–88% White and 1% Black–making UUs as White as Mormons!  As Beth Leyba recently wrote at Medium: “Unitarian Universalism is Hella White.”

But I never thought to connect the UUism’s Whiteness with its intellectualism.  We are among the most educated of denominations, with 43% of UUs holding a post-graduate degree, two and a half times the national average. And it seems clear the lack of emotionality in UU worship is directly connected to our intellectualism.  There’s a joke about why Unitarians can’t sing: The answer is because we’re too busy reading ahead in the hymnal to make sure we can intellectually assent to the lyrics.  It’s funny because it’s true.

But what if the UU concern with intellectual correctness is another form of “White people’s problems”?  What if the “emotional aridness” of our worship and our preference for “intellectual stimulation” are signs of White privilege?  White UUs have the luxury to concern ourselves with intellectual abstractions because we aren’t busy fighting for basic rights for ourselves.  Yes, a lot of UUs participate in social activism, but we do so because we can, not because we have to.  What would our worship services look like if we were fighting for social justice, not out of convenience, but out of necessity?

We can take this question one step further: What if our theology is also a function of our race?  Many Unitarians identify as humanists (54%) and atheists (18%).  I include myself in both those categories.  Like most atheists probably, I like to think that my theology a function of reason alone.  But what if our disbelief in God is also a function of our White privilege?  As DeReau Farrar observed in another article UU world, “for the most part, atheism lives fairly solidly within ‘white space’”, with 11% of Whites saying they do not believe in God, compared to 2% percent of Blacks and 6% percent of Latinos.  (Atheists are also twice as likely to be male, which raises a similar question about the connection between atheism and patriarchy.)

This question led me to Dr. James H. Cone’s 1970 book, A Black Theology of Liberation:

“Black theology also rejects any identification with the ‘death of God’ theology. The death-of-God question is a white issue which arises out of white experience.  Questions like ‘How do we find meaning and purpose in a world in which God is absent?’ are questions of an affluent society.  Whites may wonder how to find purpose in their lives, but our purpose is forced upon us. We do not want to know how we can get along without God, but how we can survive in a world permeated with white racism.”

For Cone, the connection between atheism and White privilege was clear.  But what about those UUs who do believe in God?  It’s probably fair to assume that most UU theists imagine a God who transcends race.  But Cone not only rejects atheism as a form of White privilege, he also rejects the liberal notion of a colorless God.  Instead, Cone insists that God is–indeed, must be–Black:

“There is no place in black theology for a colorless God in a society where human beings suffer precisely because of their color. The black theologian must reject any conception of God which stifles black self-determination by picturing God as a God of all peoples. Either God is identified with the oppressed to the point that their experience becomes God’s experience, or God is a God of racism.

“The blackness of God means that God has made the oppressed condition God’s own condition. This is the essence of the Biblical revelation. By electing Israelite slaves as the people of God and by becoming the Oppressed One in Jesus Christ, the human race is made to understand that God is known where human beings experience humiliation and suffering. It is not that God feels sorry and takes pit on them (the condescending attitude of those racists who need their guilt assuaged for getting fat on the starvation of others); quite the contrary, God’s election of Israel and incarnation in Christ reveal that the liberation of the oppressed is a part of the innermost nature of God.”

“I contend that people of color have, by and large, clung to their beliefs in God, in whatever form, not because they are insufficiently educated, but because it is God who has given them the strength to endure, resist, and—in some small ways—overcome systems of racism and white supremacy, in the myriad ways it has persisted, for centuries. It takes a certain amount of freedom and privilege to denounce the existence of God.”

This raises real questions about what it means for UUs to be religiously inclusive.  In my experience, UUs tend to be welcoming of most religions, except Christianity, and are accepting of those who believe in God, just so long as they aren’t so ill-mannered as to talk about God in church.  But what if our antipathy for theism is effectively excluding people of color?  What if our atheism is directly connected to the Whiteness of our pews?  DeReau Farrar thinks so, as she concludes: “I believe any movement in Unitarian Universalism to make God unwelcome in our sanctuaries is effectively akin to posting ‘Whites Only’ signs on our doors.”

In 2003, then-President of the UUA, Bill Sinkford, spoke of his experience after a long night sitting in the hospital with his mortally ill teenage son.  He felt something that he called “God”.  Sinkford then called UUs to a renewed “language of reverence”, prompting considerable controversy in the denomination.  A decade later, Sinkford asked UUs again: “Can we speak of that which transcends our ego and which calls us to the making of justice? Can we speak about God?”  Perhaps it is not coincidental that Sinkford was the first Black President of the UUA.

Now that Unitarian Universalism is actively struggling with our participation in White supremacy, I wonder if perhaps it is time to put God back into the conversation.  I wonder if it is even possible to effectively address the racism within our congregations without talking about the most taboo word in the Unitarian vocabulary: God.

This is not a call for a return to a naive or literal theism.  Rather, it is a suggestion that we not shy away from theistic vocabularies if those vocabularies can help us to find meaningful ways to express our common human experiences–experiences like awe and wonder, yes, but also experiences of suffering and oppression, which are more common to racial minorities than Whites–and especially if talk of God can help us find powerful ways of responding to those experiences of suffering and oppression.

I am atheist (most days anyway).  But I think, if we are truly to fight racism–both within and without–we just might need God after all.

5 thoughts on “Is UU Atheism a Form of White Privilege?”